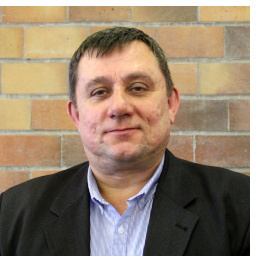 We meet again after two years at the Svetozár Stračina Grand Prix – the international competition of folk music recordings. We were supposed to celebrate a jubilee 10th edition of the competition this year, however due to the current progress of the pandemic the competition might be held online. No matter how the situation turns out, we are going to commemorate two jubilees related to Svetozár Stračina in this year’s edition: in December 2020, 80 years have passed since his birth and February 2021 marks the 25th anniversary of his death.

Folk music plays a role in the lives of whole generations of performers and listeners, not only those who devoted their professional lives and special interest to folk music. Folk music is incorporated into various activities of musicians, dancers, artists and architects thanks to a wide array of possibilities of its adaptation. Folklore elements are an evidence of our own identity and culture that need to be preserved for the generations to come. Our competition presents folk music in all its varieties: arrangements mixing folk music with modern electronic music, as well as attempts to reconstruct the sound of olden times with recordings presenting the music of our ancestors in its original form. This is a guarantee of diversity that is so important for further development of folk music.

I believe that the jubilee 10th edition of the Svetozár Stračina Grand Prix will be a source of mutual inspiration and creative energy for all its participants.

Although the 10th jubilee edition of Svetozar Stračina Grand Prix will be held online, we still haven´t definitely given up the idea and intention to organize at the end of the event a closing concert with programme composed of works by this outstanding Slovak author. We do actually commemorate two anniversaries - in December last year we remembered 80 years from Stračina´s birth and February 2021 dates the 25th anniversary of his death. Due to the current pandemic situation we decided to slightly postpone the festival to a later date: the event will take place less than two months later, in the first half of May when we hope the conditions will already allow us to organize cultural events again, at least in a bit larger extent than now. We hope and believe to find your understanding for this decision.

The closing Galaconcert recording can be found in RTVS archive